The City of Dreams (That Never Sleeps - As Witnessed Firsthand)

So far, everything I heard about Mumbai (or Bombay) has been accurate. This is a city full of energy and life. After a relaxing morning, including a giant breakfast and lounging at the pool, we set out for a "shopping tour" yesterday afternoon.
Built primarily by the British as a key trading port, Mumbai still generates 1/3 of India's GDP and half of their trade moves through the port. Mumbai is certainly a vibrant city, attracting people from all over India and Asia with promises of opportunity, improved livelihood and future. It is also the home of Bollywood, the Indian film industry and some of the best shopping and nightlife in India. I was most eager to check out the textile markets, but the jewellery, spices, and handcrafts were equally impressive. You can literally find anything you are searching for and for the most part, the price is negotiable. By the end of the day, we had become very good at bartering with the vendors, even though it was often only over a dollar or two. 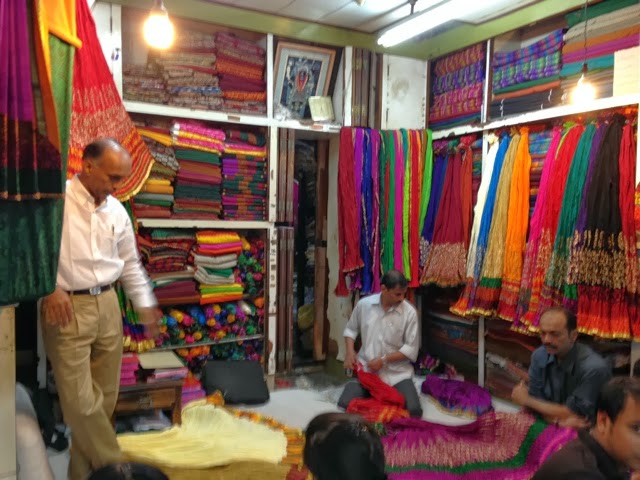 Textile stall in the market across from Mahatma Market, Mumbai 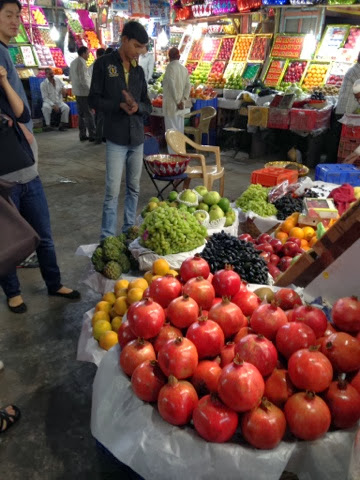 Fruit & vegetable stalls in Mahatma Market, Mumbai
Our hotel is on Marine Drive, the waterfront parkway where a boardwalk runs the entire length of the coast and is full of people day and night, out enjoying the fresher, coastal air and the warm weather. The disparity still exists in Mumbai though. There are millions living in slums, which you see immediately next to the airport when you arrive. On our way to the airport this morning to fly to Pune, we saw many more, and perhaps the most puzzling thing our group keeps noticing is the satellite dishes often on the roofs. These aren't temporary living, but they are neighbourhoods of homes for as much as HALF of Mumbai's population! Our tour guide was quick to point out Mumbai has the biggest slum in Asia, and I suspect in part to Slumdog Millionaire, this has become another source of pride. 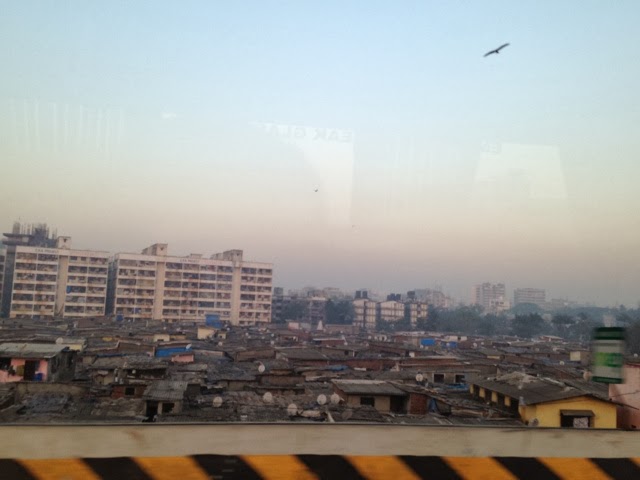 Slum outside downtown Mumbai.
Today, we arrived in Pune, a smaller city about 200km from Mumbai. It was a short flight, but with the road conditions here we opted to fly rather than drive. The travel agent hired a 'walla' for us to complete our flight check-in, including bag drop. Walla is a Hindi word for a person charged with looking after something. Dhabawallas deliver dhabas (lunch kits) to businessmen. Line wallas stand in line for you. Sounds like something we could use in Canada!
As for Pune, it's industrial, but the vibe seems good and the population pretty young. Although hot, the air is still pretty clean and there was a beautiful breeze blowing today. Exhausted from an early morning, I found it surprisingly easy to fall asleep to the sound of car horns outside my window. We've been kept away from them so far in the Oberoi, but they are right outside my window here and never stop. Tomorrow, I'm looking forward to visiting John Deere's offices here, before returning to Mumbai for our final night there. 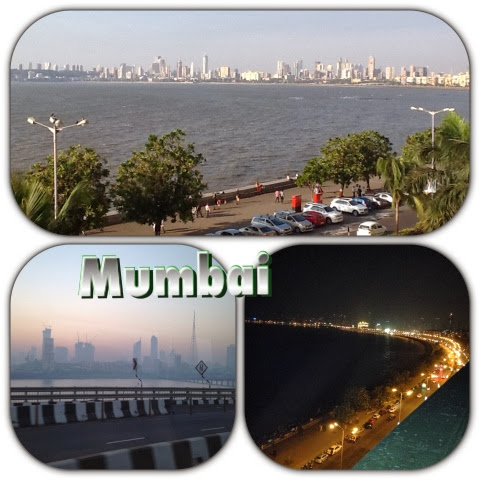 The view from our hotel during the day and at night, and the coastline at dawn from the Sea Bridge.
A few more from around Mumbai: 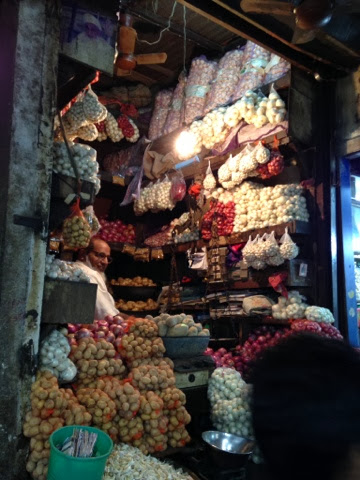 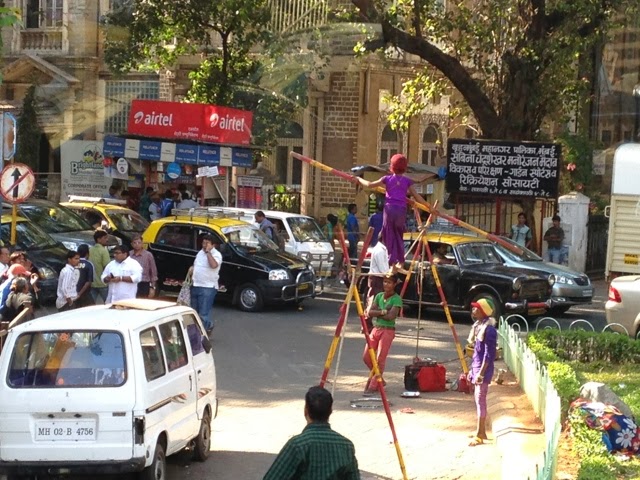 Child street entertainer on a tight-rope. 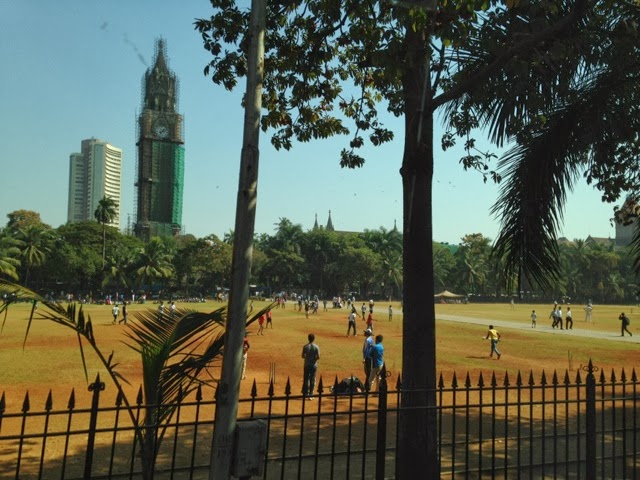 Park next to the Supreme Court (building with tower like Big Ben) where hundred of people play cricket every day. 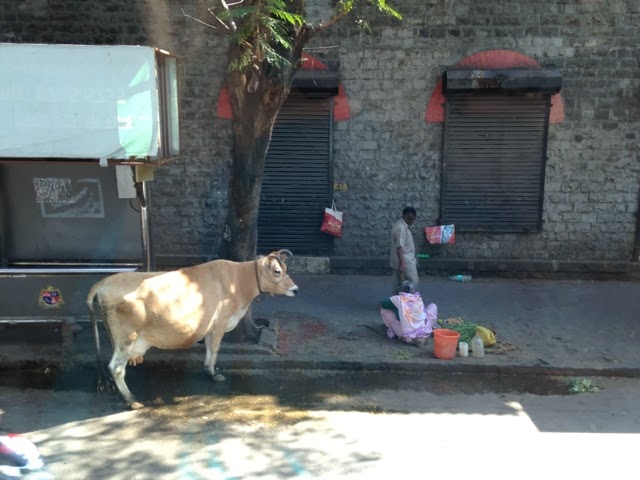 There are many cows in the Mumbai streets and women selling grass to feed the cows. In the Hindu religion, cows are holy. 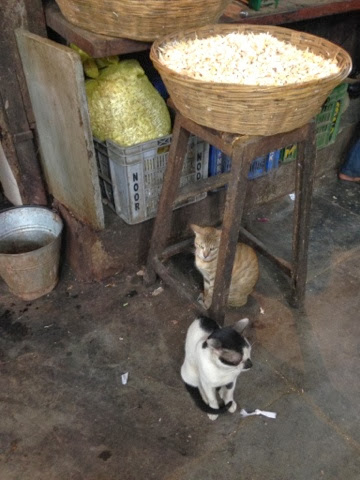 A couple of cats in the market. First time we saw so many cats, most likely to keep away the rats, which we saw many dead outside. 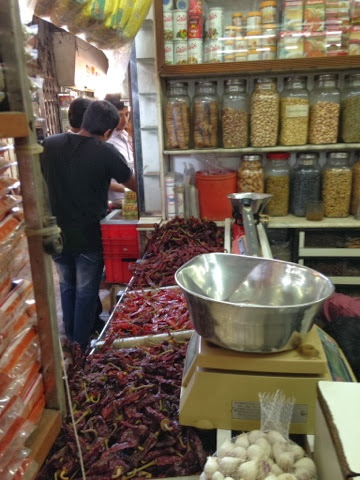