I milked cows for the first time in months recently. Time spent on the farm has become less frequent in recent years, and with the addition to my brother's family I am all to happy to babysit instead of visiting the barn. As I squatted to attach the milking machine, I realized the significance milking cows once had in my life. This was my "white space". 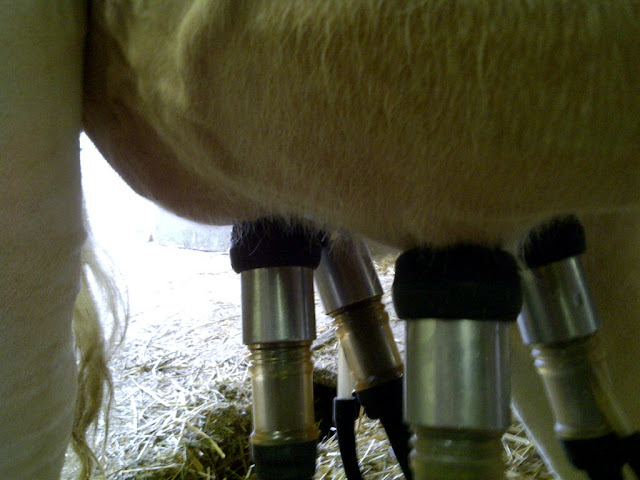 Growing up, I was active in school clubs and 4-H. Many ideas, projects and speeches were born in the barn. I would ponder problems and churn ideas, all-the-while washing, wiping, attaching and dipping. The process of preparing and milking was almost robotic, despite paying attention to each individual cow, and it allowed my mind to wander. I would dash to the milk house to find a pen and scratch my ideas down on the paper towels meant for washing udders. This continued through university, and my paper towel chicken scratch, complete with the distinct aroma of dairy barn, would often accompany me back to Guelph.

It was my version of the bar napkin. Milking cows was my white space time. The mental barriers were down, ideas brewed and ripened, and I came away energized to put them into action. They weren't all good ideas, but they were usually the seed I needed to start nurturing a speech or event into it's final, finished state.

I still find this white space time, but it's even rarer than my farm visits. Sometimes, I'm on an airplane, or I send myself out for coffee, dinner or a drive for no other reason than to think. It takes more effort to do though, and maybe milking cows regularly again would advance my work and life now, as it did for school and extra-curriculars then. It's a concept I've considered since the realization a week ago and I must say, the idea is enticing. Have you reverted back to any past-times lately? How do you incorporate white space into your life?
Posted by Savvy Farmgirl at 7:36 AM